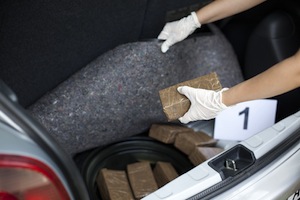 Our justice system relies heavily on physical evidence, which is needed to prove cases and claims in court. As a result, it is a serious offense to plant evidence or to otherwise tamper with evidence in order to falsely implicate (or exonerate) someone of a crime. Planting or Tampering with Evidence is a criminal offense under California Penal Code Section 141 PC.

The crime of Planting or Tampering with Evidence requires a prosecutor to prove the following elements:

A man wants revenge on a rival so he places a baggie of cocaine in the rival’s car and makes an anonymous call to the police. The police subsequently search the vehicle, find the drugs and arrest the rival for the Drug Crime of Possession of a Narcotic pursuant to California Health and Safety Code 11350(a) H&S. The first man would be guilty of Planting Evidence under Penal Code 141 PC.

Another example would be a man who intentionally injures himself on the job as part of a Workers Compensation Fraud scheme. In addition to being charged for the Fraud offense, the man could also be charged with Planting False Evidence, as his injury would be considered evidence in his worker’s compensation claim, and he illegally “planted” the evidence by creating the injury.

4. Defenses to Planting or Tampering With Evidence Charges

If someone made a reasonable mistake and unknowingly planted or altered evidence, or did so without realizing that it could be presented in court one day, that person would have a valid Mistake of Fact defense and thus would not be criminally liable. This is because the crime of Planting or Tampering with Evidence requires willful and knowing behavior.

In addition, this is an offense in which False Accusations may be common, especially in civil cases involving parties who despise each other. In such cases, the person falsely accused of planting or tampering with evidence may have to show why the accusation against them is not true.

For those who are not police officers, the crime of Planting or Tampering with Evidence is a misdemeanor-level offense. A person convicted could be punished by up to six months in jail and fines of $1000 plus penalties and assessments.

For police officers who are convicted of Tampering with or Planting Evidence in a case, the punishment is significantly more severe. Evidence tampering is a felony for police officers and is punishable by up to five years in prison and expensive court fines. In addition, any officer convicted of this offense would be effectively prohibited from ever serving as a peace officer again.

6. Criminal Defense for Planting or Tampering With Evidence Cases

Planting or Tampering with Evidence is a serious offense that can damage the reputation of any person accused. Many times the act in question was innocent or the defendant is a victim of a false accusation. Because of this, it is crucial to speak with an experienced Los Angeles Criminal Defense Attorney immediately if you or someone you know have been accused of or charged with this crime. Los Angeles Criminal Defense Attorney Michael Kraut is a former Deputy District Attorney with over 14 years of prosecutorial experience. Mr. Kraut is highly regarded throughout the court system for his legal expertise and extensive litigation skills.