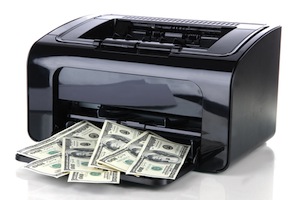 The first impulse of many people who find themselves under suspicion of a crime is to get rid of any and all incriminating evidence. Getting rid of evidence can range from throwing a murder weapon into a lake to deleting incriminating files from a computer's hard drive in a major fraud case.

However, the act of Destroying or Concealing Evidence is itself a crime that may be prosecuted under California Penal Code Section 135 PC.

Destroying or Concealing Evidence requires a prosecutor to prove the following elements:

To be convicted of Destroying or Concealing Evidence, the defendant must know that the items in question are going to be used as evidence. For example, businesses regularly destroy records after a certain period of time. If records are destroyed that later would be useful in an investigation, the person who destroyed them is not criminally liable because they did not know this material would be used as evidence when they were destroyed.

Additionally, the destruction must be intentional. If records or documents are accidentally destroyed because of water damage or something similar, there would be no crime.

"Legal proceedings," as defined in the statute, can include criminal trials, civil trials, and ongoing police investigations.

A man learns that he is under investigation for Check Fraud pursuant to California Penal Code Section 476 PC. He operates a fake check manufacturing operation out of his garage, which involves a printing press and computer files regarding his activities. To keep investigators from discovering any incriminating evidence, the man deletes all files from his computer and conceals the printing equipment in an offsite location. In addition to any criminal charges that could result from the check fraud, this man would also be criminally liable for Destroying and Concealing Evidence under California Penal Code 135 PC.

The item destroyed or concealed must be connected to an ongoing legal proceeding or investigation. If an investigation has not yet begun, destroying evidence would not violate Penal Code 135 PC. For example, a man commits Homicide in violation of California Penal Code 187 PC by stabbing his wife to death. Immediately after doing so, he takes the bloody knife and throws it off of a bridge. This man is not guilty of Destroying or Concealing Evidence because there was no legal proceeding or investigation at the time he disposed of the knife.

If a person did not realize that the material or items he or she destroyed were connected to a legal proceeding or investigation, there would be a legitimate Mistake of Fact defense.

In addition, someone may be placed in a situation in which they are forced to destroy or conceal evidence by another because that other person has threatened harm or violence if they do not destroy or conceal something. In this situation, there would be a valid Duress defense.

Destroying or Concealing Evidence is a misdemeanor offense that can be punished by up to six months in jail and a fine of $1000.