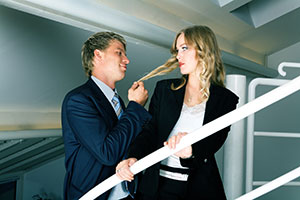 Because law enforcement agencies conduct the sting operations and act as the decoys, very often the only witness to an alleged lewd act is the law enforcement officer himself. As a result, the evidence as presented in the police reports is always going to be the officer’s version of the facts, which may vary from what actually happened. In some cases, officers have had prior accusations leveled against them that they filed false or misleading police reports in earlier cases. Such prior accusations can potentially be used to challenge the officer’s credibility in a current Beverly Hills Lewd Conduct case.

Beverly Hills Lewd Conduct is a misdemeanor. As such, the maximum sentence is a year in custody, sex offender classes or counseling, substantial court fines and stay away orders. In some cases, the prosecutor will add related charges that require lifelong sex offender registration if convicted. This would occur of the prosecution filed a charge under California Penal Code Section 314 PC, Indecent Exposure.

Beverly Hills Lewd Conduct under California Penal Code Section 647(a), requires the prosecutor to prove the following elements: that the defendant intentionally touched the genitals, buttocks or breasts (for females) of a person, that the purpose of this touching was the defendant’s sexual gratification or to annoy or offend the other party, that this occurred while in public, that another party who could have been offended was actually present and that the accused reasonably should have known of this other person’s presence. Beverly Hills Lewd Conduct charges can be brought against those who engage in the conduct described above and those who solicit others to engage in this type of conduct.

Various defenses may be applicable in a Beverly Hills Lewd Conduct case. As stated above, prior allegations that a particular officer lied or exaggerated facts in a police report can be used to undermine the credibility of that officer. Additionally, California law regarding entrapment forbids law enforcement from inducing a normally law abiding person to commit a crime that they would not normally commit. That means that if the decoy officer in a sting operation gets overly aggressive, there may be a valid entrapment defense.

Beverly Hills Lewd Conduct cases often cause a great deal of stress for a person accused, both due to the embarrassing nature of the charge and the life-changing consequences such a case can have. Because of this, it is critical that you have an experienced Beverly Hills Lewd Conduct Defense Attorney representing you immediately. Beverly Hills Lewd Conduct Defense Attorney Michael Kraut appreciates the highly sensitive nature of charges like this and is able to make court appearances on his client’s behalf so they do not have to personally appear in court. In many cases, Mr. Kraut is able to intervene prior to charges being filed in order to prevent criminal filing altogether. Mr. Kraut is a former deputy district attorney with over 14 years of prosecutorial experience and has established crucial relationships with prosecutors and law enforcement personnel.