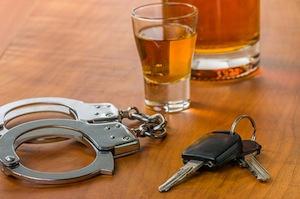 The California legislature has recognized that while impaired driving by itself is an inherently dangerous activity, the danger exponentially increases when the vehicle involved is a commercial vehicle. Not only are these vehicles typically much larger than most passenger vehicles, those driving them are on the road at all hours and can potentially cause deadly accidents. As a result, the legislature has enacted California Vehicle Code Section 23152(d) VC, which makes it a Los Angeles DUI offense to drive a commercial vehicle with a blood alcohol content of 0.04 percent or higher. For noncommercial vehicles, the threshold BAC level is typically 0.08 percent.

In order to prove that the defendant drove a commercial vehicle with a BAC of 0.04 percent or higher, the following elements must be proven:

A man drives a truck for a living and has a Class A commercial license. One day he goes to a party at work and drinks a couple beers. He feels that he is fine to drive, so he gets into his big rig and goes back on his route. The man is pulled over for an equipment violation and is asked to perform sobriety tests after the officer detects an odor of alcohol on the man’s breath. The man is arrested on suspicion of driving under the influence and goes back to the police station, where he provides a breath sample. He is found to have a BAC of 0.05 percent. The man could be charged with DUI in violation of California Vehicle Code Section 23152(d) VC.

4. Defenses to Driving a Commercial Vehicle with a Blood Alcohol Content of 0.04 Percent or Higher

There are a number of defenses that may apply when challenging DUI charges under California Vehicle Code Section 23152(d) VC. If the officer who initially pulled over the commercial vehicle did not have reasonable or probable cause that the driver was in violation of the law, the driver may subsequently be able to challenge the legality of the stop. If successful, all resulting DUI evidence would be suppressed and the case would likely be dismissed.

There may be grounds to challenge the validity of the breath or blood test if the device used was not properly maintained or calibrated or if the blood sample was not stored pursuant to required practices or lab standards. If the test results are deemed to be unreliable, the prosecutor may be unable to proceed on the criminal case.

The penalties for driving a commercial vehicle with a BAC of 0.04 percent or higher are similar to those that would be assessed for typical DUI convictions under California Vehicle Code Section 23152(a) VC and California Vehicle Code Section 23152(b) VC. Typically, the driver will be placed on probation for a period between three and five years and would be expected to complete a drug and alcohol education class. There may be jail sentences assessed in addition to community service or community labor requirements and costly court fines.

6. Criminal Defense for Driving a Commercial Vehicle with a Blood Alcohol Content of 0.04 Percent or Higher

If you are a commercial driver who has been charged with a DUI offense, it is very important that you discuss your situation with an experienced Los Angeles DUI Lawyer immediately. A commercial driver can risk losing his or her license altogether if immediate steps are not taken with the DMV. As a former Deputy District Attorney with over 14 years of prosecutorial experience, Los Angeles DUI Attorney Michael Kraut is an aggressive advocate for commercial drivers charged with DUI offenses. Mr. Kraut is highly respected throughout the court system and fights hard on behalf of his clients.