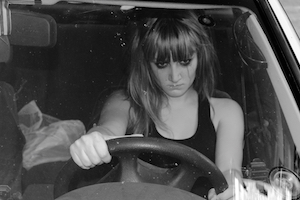 In order to establish that the defendant was driving while addicted to a drug, the following elements must be proven beyond a reasonable doubt:

A drug is defined as a substance or combination of substances, other than alcohol, that can so affect the nervous system, brain, or muscles of a person that it would appreciably impair his or her ability to drive as an ordinarily cautious person, in full possession of his or her faculties and using reasonable care, would drive under similar circumstances.

A person is addicted to a drug if he or she:

A man is a heroin addict who has not used for several days. He is suffering severe withdrawal symptoms that affect him physically and mentally. He is stopped while driving his car and arrested after the officer suspects he is impaired. While in police custody, the man admits that he is a heroin addict who is going through withdrawal. He further states that he is not currently receiving treatment. This man could be charged with driving while addicted pursuant to California Vehicle Code Section 23152(c) VC.

In another example, a woman going through drug withdrawal is stopped while on the way to the methadone clinic. She explains to the officer that she is a heroin addict going through withdrawal, but she is currently being treated at an approved narcotic treatment program. She would not be guilty of driving while addicted as the statute specifically exempts from prosecution those who are participating in a narcotic treatment program.

4. Defenses to Driving While Addicted

As described above, the defendant would not be guilty if he or she is currently participating in an approved narcotic treatment program.

A conviction for driving while addicted will be treated like any other DUI offense and sentencing will depend on how many prior DUI convictions the defendant has. A defendant on a first time offense will be sentenced to a maximum six months in jail, in addition to a mandatory drug and alcohol education class, court fines, DMV license suspension and any other conditions of probation that a judge may elect to impose. A minimum of 48 hours in jail must be imposed on a first time conviction for California Vehicle Code Section 23152(c) VC.

6. Criminal Defense for Driving While Addicted

If you or someone you know have been arrested for driving while addicted, it is very important that you discuss your case with a Los Angeles DUI Attorney experienced in handling these types of cases. As a former Deputy District Attorney with over 14 years of prosecutorial experience, Los Angeles DUI Lawyer Michael Kraut knows how to effectively fight all varieties of DUI cases, even those where the allegations involve driving while addicted. Mr. Kraut works hard to ensure his clients’ rights are fiercely protected.