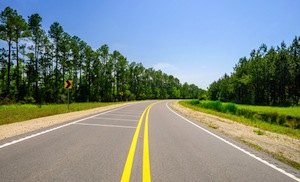 Driving is an inherently dangerous activity that can result in serious destruction, injury and even death when major collisions occur. One of the most dangerous types of automobile accidents occurs when two automobiles collide head on. As a result, driving across a divided highway is against the law under California Vehicle Code Section 21651 VC. When this act results in injury or death, the offense is potentially a felony that can result in significant prison sentences.

To prove a defendant is guilty of driving across a divided highway, a prosecutor must be able to establish the following elements:

If the unlawful act results in the death or injury of another person, the defendant could be charged with a felony under California Vehicle Code Section 21561(c) VC.

Under the Vehicle Code, a highway is any public road, and not just roads that are part of the freeway system.

A man is driving through heavy traffic and gets extremely frustrated after the traffic in his lane comes to a complete standstill. The man decides to swerve into oncoming traffic in order to get around the stopped cars in his lane. Because the action was intentional, the man could be charged with driving across a divided highway in violation of California Vehicle Code Section 21651 VC. If the man’s action resulted in the death or injury of another, he could be charged with a felony under California Vehicle Code Section 21651(c) VC. There may be circumstances in which there is no head-on collision, but instead another vehicle is forced off the road and injury or death occurs as a result of this. The defendant could be charged with a felony in these circumstances as well.

In another example, a man is driving on a long road trip when he inadvertently crosses the lane line into oncoming traffic. He strikes another vehicle and the driver of the other vehicle suffers a serious injury. While the man may be charged with a misdemeanor for crossing over the dividing line, he would not be guilty of a felony under California Vehicle Code Section 21651(c)VC as his conduct was not willful, which is required to convict someone of the felony.

4. Defenses to Driving Across a Divided Highway

As described above, if the defendant’s conduct was not willful he or she would not be criminally liable for a felony if he or she unintentionally crossed over a dividing line and accidentally caused the death or injury of another person. If charged with this offense, the defendant would be able to argue a valid accident defense.

Simply driving across a divided highway without any subsequent death or injury is a misdemeanor offense that is punishable by up to 180 days in county jail. A defendant can be charged with this misdemeanor regardless of whether his or her conduct was willful.

6. Criminal Defense for Driving Across a Divided Highway Cases

Driving across a divided highway is an offense that can potentially be very serious, especially if another person is hurt or killed as a result of the driving conduct. If you or a loved one have been charged with this offense, it is absolutely critical that you speak with a knowledgeable Los Angeles Criminal Defense Attorney as soon as possible. Los Angeles Criminal Defense Lawyer Michael Kraut is a former Deputy District Attorney with over 14 years of prosecutorial experience who possesses the skills and experience necessary to properly defend someone charged with this crime.