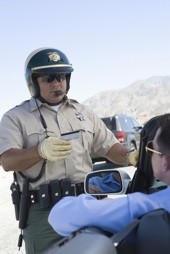 In determining whether a defendant knew whether his or her driving privileges were suspended or revoked, the following elements can be considered:

A suspension or revocation continues until driving privileges are actively restored. Thus, a defendant who was subject to a year-long suspension but who never restores his or her license can still be prosecuted for driving on a suspended license in violation of California Vehicle Code Section 14601 VC even after the stated time period of the suspension has passed.

A person’s privilege to drive can be suspended or revoked even though that person has never been issued a valid driver’s license.

A man has his driver’s license suspended after being convicted of driving with a blood alcohol content of 0.08 percent or higher in violation of California Vehicle Code Section 23152(b) VC . The notice of suspension is mailed to his home address, however the man moved to a new apartment and the suspension notice was returned to the DMV as undeliverable. The man thought he may have been suspended but never actually received the notice of suspension. This man would have a strong defense if prosecuted for driving on a suspended license in violation of California Vehicle Code Section 14601.2 VC, because he never received notice of the suspension.

4. Defenses to Driving on a Suspended or Revoked License

As noted above, if the People are unable to show that the defendant received notice of the suspension, it would be difficult to prove that he or she was guilty of this offense. However, if the DMV mails a notice of suspension to a person’s last known address and it is not returned, there would be a strong presumption that the defendant had proper notice.

There may be circumstances where a person drives on a suspended or revoked license due to an emergency situation or because they were forced by someone else who was threatening violence if they did not comply. In these situations, a defendant would have anecessity or duress defense respectively, depending on the circumstances.

The penalties on a driving on a suspended or revoked license conviction depend upon which section of California Vehicle Code Section 14601 VC the defendant violated.

If the license suspension or revocation was the result of reckless, negligent or incompetent driving under California Vehicle Code Section 14601 VC, the defendant can be sentenced to a minimum of five days and a maximum of six months in jail and substantial court fines. For second or subsequent violations within five years of each other, the defendant can be sentenced to between ten days and one year in jail.

If the underlying suspension was for a DUI conviction, any violation would be governed by California Vehicle Code Section 14601.2 VC. A first violation would trigger penalties of ten days minimum and a six months maximum in jail as well as installation of an ignition interlock device. A second violation requires a minimum of 30 days in jail.

For defendants who are declared to be habitual traffic offenders, driving on a suspended or revoked license is a misdemeanor under California Vehicle Code Section 14601.3 VC. First time offenders must spend a minimum of 30 days in jail and second or subsequent offenses require at least a 180 day jail sentence.

In many cases for first time offenders, a prosecutor may be willing to reduce the 14601 charges to driving without a license pursuant to California Vehicle Code Section 12500 VC as either a misdemeanor or infraction and without any jail requirement, if the defendant is able to obtain a license.

6. Criminal Defense for Driving on a Suspended or Revoked License Cases

Driving on a suspended or revoked license is a serious criminal offense that can lead to mandatory jail sentences. If you have been charged with this offense, it is very important that you speak with a Los Angeles Criminal Defense Attorney right away. Los Angeles Criminal Defense Attorney Michael Kraut is a former Deputy District Attorney with over 14 years of prosecutorial experience who is highly skilled in helping clients charged with offenses like this.