California Penal Code Section 499b PC: Unlawful Taking Of A Bicycle Or Vessel 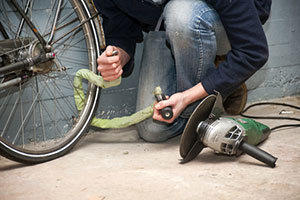 Many people rely on their bicycles and other vessels for transportation and work. It may be tempting to "temporarily borrow" someone else's bicycle, boat or other vessel without their consent, however the unlawful taking of a bicycle or vessel is considered a theft crime under California Penal Code Section 499b PC.

In order to prove that a defendant unlawfully took a bicycle or vessel, a prosecutor must be able to establish the following elements:

A vessel includes ships of all kinds intended to transport people or merchandise over water. A taking requires that the bicycle or vessel be moved for any distance, no matter how slight.

A man sees his neighbor's brand new bicycle sitting outside in the driveway. The man had been thinking about purchasing the same model and wants to see how it rides. His neighbor is nowhere in sight, so the man jumps on the bicycle and rides it around the block. When he is done, he returns the bicycle to where he had found it. This man could be prosecuted for unlawfully taking a bicycle, as he did not have the owner's permission to use or borrow the bicycle. The fact that he did not intend to steal the bicycle and the fact that he returned it immediately would be irrelevant, as the statute only requires a temporary taking and use.

In another example, a man is at his lake house when he receives a warning of a major storm that is passing through. His neighbor owns a small boat that he keeps tied up to a dock on the neighbor's property. Fearing the damage that the storm could have on the boat or dock, the man moves the neighbor's boat onto dry land where it will be safe. He does not check with the neighbor before doing this. After the storm passes, the man returns the boat to its original location on the dock. This man could not be charged with unlawful taking of a vessel, as he did not take the boat with an intent to use or operate it.

4. Defenses to Unlawful Taking of a Bicycle or Vessel

As described above, the person taking the bicycle or vessel must do so with the intent to use or operate it. Thus people who are towing these items or otherwise moving them without operating them would not be criminally liable under the statute. Because many bicycles and boats may look the same, there may be instances where someone rides off on the wrong bicycle or vessel thinking it belongs to them. In these circumstances, the defendant would have a valid accident defense if charged criminally with the unlawful taking of a bicycle or vessel.

6. Criminal Defense for Unlawful Taking of a Bicycle or Vessel Cases

If you or someone you know have been charged with unlawful taking of a bicycle or vessel, it is critical that you consult with a Los Angeles Criminal Defense Attorney right away. Los Angeles Criminal Defense Attorney Michael Kraut is a former Deputy District Attorney with over 14 years of prosecutorial experienced who knows how to effectively defend charges of this nature. Mr. Kraut knows how devastating a criminal conviction can be on a person's record and works tirelessly to avoid this result for his clients.