California Penal Code Section 402b PC: Abandoning a Refrigerator without Removing its Door 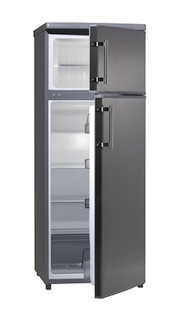 Refrigerators and other large appliances may not seem to pose much of a danger, however there is a substantial risk that children or others may attempt to enter one of these discarded appliances and ultimately suffocate inside. An abandoned refrigerator may appear to be the perfect hiding spot, but can prove deadly. The proper way to dispose of refrigerators involves completely removing the door or the latching mechanism. Abandoning a refrigerator without removing its door is a criminal offense under California Penal Code Section 402b PC and conviction can carry significant consequences.

In order to prove that a defendant is guilty of abandoning a refrigerator without removing its door, a prosecutor must be able to establish the following elements:

A number of appliances fall under the restrictions of California Penal Code Section 402b PC, including refrigerators, iceboxes, deep-freeze lockers, clothes dryers, washing machines or any other appliances that have a capacity of one and one-half cubic feet or more.

This section does not apply to vendors or sellers of refrigerators or other appliances listed above who keep and store these items for sale as long as the vendor has taken reasonable precautions to effectively secure the door of any such appliance so that children would not be able to go inside of them.

Related offenses include the following:

A man purchases a new refrigerator after his old one finally breaks down. He takes the old refrigerator and leaves it in front of his house, so that it can be picked up by the city or someone else who may want it. The man does not remove the door to the refrigerator or its latching mechanism. This man could be charged with abandoning a refrigerator without removing its door in violation of California Penal Code Section 402b PC.

In another example, a man refurbishes and sells old refrigerators and other appliances for a living. He keeps these items in a secured yard surrounded by a chain-link fence. In addition, he has secured the door to each appliance with a padlock and chain to ensure that no children can open them. One weekend, some children sneak into the yard and break open the locks on the appliances using bolt cutters. The children play hide and seek, however one boy hides in a refrigerator and suffocates after he is unable to reopen the door. This man would not be criminally liable under California Penal Code Section 402b PC because he is a seller or vendor of appliances who took reasonable efforts to secure these items from children.

4. Defenses to Abandoning a Refrigerator without Removing Its Door

As described above, a defendant would not be guilty of this offense if he or she is a vendor of appliances who has taken reasonable steps to secure the appliances from children. In addition, many of the newer refrigerators are built without locking mechanisms, making it impossible to become trapped inside. In these cases, a defendant may have a strong argument that he is not guilty of this offense even if he did not remove the door, as the appliance did not pose any risk.

Abandoning a refrigerator without removing its doors is a misdemeanor offense that is punishable by up to six months in jail, substantial court fines and other probation requirements that may be imposed.

6. Criminal Defense for Abandoning a Refrigerator without Removing Its Door Cases

If you have been charged with improperly abandoning a refrigerator without removing its door, it is important that you meet with a Los Angeles Criminal Defense Lawyer right away. Los Angeles Criminal Defense Attorney Michael Kraut is a former Deputy District Attorney with over 14 years of prosecutorial experience who knows how to aggressively fight allegations like this.

For more information about abandoning a refrigerator without removing its door, and to schedule your free consultation, contact Los Angeles Criminal Defense Lawyer Michael Kraut at the Kraut Law Group located at 6255 Sunset Boulevard, Suite 1520, Los Angeles, CA 90028. Mr. Kraut can be reached 24/7 at 888-334-6344 or 323-464-6453.