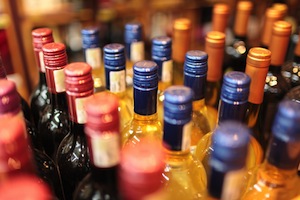 There are a number of reasons that a person may be unable to purchase alcoholic beverages. They may be underage, they may have previously been thrown out of a bar or liquor store or they may simply not have enough money to afford alcohol. While the act of asking others to purchase alcohol may seem innocuous, soliciting the purchase of alcohol is a criminal offense under California Penal Code Section 303a PC that can result in mandatory jail time for those convicted.

In order to prove that a defendant is guilty of soliciting the purchase of alcohol, a prosecutor must be able to establish the following elements:

A man wants to buy alcohol from a liquor store, but has left his identification at home. As a result, the store’s owner has refused to sell alcohol to the man. The man is discouraged, however he waits outside in the parking lot and approaches customers as they try to enter the premises. The man has money and offers to pay someone if they buy alcohol for him. Even though the man is over 21, he could be charged with soliciting the purchase of alcohol in violation of California Penal Code Section 303a PC.

In another example, a couple of friends are planning a dinner and stop by a local liquor store to pick up a bottle of wine. One of the friends realizes he left his wallet at home and asks his friend to go inside to purchase a specific bottle. The friend agrees and makes the purchase on behalf of his friend, who pays him back later. The friend would not be criminally liable for soliciting the purchase of alcohol in this scenario, as he was not loitering outside the liquor store and did not solicit patrons in a manner that violates the statute.

In a third example, a woman goes to lady’s night at her local bar. She is short of cash and knows that she will be able to find men who will buy her drinks if she flirts with them. Over the course of the evening, she interacts with various men at the bar and asks them to buy her drinks. This woman would not be guilty of soliciting the purchase of alcohol, as she would be considered a bar patron and is not violating the statute.

4. Defenses to Soliciting Purchase of Alcohol

Simply requesting that another person make an alcohol purchase is not enough to violate California Penal Code Section 303a PC. The statute requires that the defendant loiter and beg in the immediate vicinity of a location that sells alcohol. Thus a person who innocently asks another to buy him or her a drink at a bar or has a friend make an alcohol run would not be criminally liable for this offense.

Soliciting the purchase of alcohol is a misdemeanor offense that is punishable by up to six months in jail, extensive court fines, and any other conditions of probation that a judge may deem appropriate.

Unlike most misdemeanor offenses, California Penal Code Section 303a PC requires that anyone convicted serve a minimum of 30 days in jail.

6. Criminal Defense for Soliciting the Purchase of Alcohol

Soliciting the purchase of alcohol is a criminal offense that requires mandatory jail time for anyone convicted. As a result, if you or a loved one have been charged with soliciting the purchase of alcohol it is very important that you speak with a knowledgeable and experienced Los Angeles Criminal Defense Attorney as soon as possible. As a former Deputy District Attorney with over 14 years of prosecutorial experience, Los Angeles Criminal Defense Lawyer Michael Kraut is widely renowned for his skills in the courtroom and his extensive knowledge of the law. Mr. Kraut is a dedicated advocate who works tirelessly on behalf of his clients charged with offenses like this.