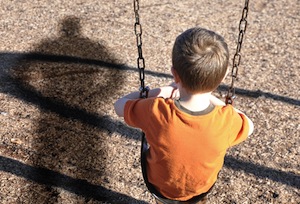 The crime of child abduction requires that the following elements exist:

Someone can be criminally liable for child abduction regardless of whether the child resisted or objected, and even if the child consented to go with the defendant.

A lawful custodian is a person, guardian or public agency that has a right of custody of a child. This is not necessarily a child's parent. A parent loses his or her right to custody if he or she has refused custody of the child, has previously abandoned his or her family or has had his or her parental rights terminated by the court.

A man and woman who are going through divorce proceedings have a nine-year-old son in common. Pursuant to court order, the man has been awarded joint legal custody, however, the mother retains sole physical custody of the child. One day, the man shows up at the family home and takes the child away. The child is happy to see his father and goes willingly. This man could still be prosecuted for child abduction because bare legal custody does not qualify as a "right of custody" under the statute and the fact the child consented to the action is not relevant.

In another example, a woman notices a strange man has moved in next door along with a young girl he says is his daughter. That night, the woman sees a story on the news about a girl who has been kidnapped who matches the description of the new girl next door. The next day, the woman sees the girl playing alone in the yard. The woman grabs the girl and immediately drives her to the local sheriff's station. It turns out that the girl was not the missing girl from television and the strange man really is her father. This woman would probably not be prosecuted for child abduction because she lacked malicious intent when she took the girl.

If the child was not taken maliciously or if the person from whom the child was taken not the legal custodian, the defendant would not be guilty of child abduction.

This may be an area where false accusations are made by one parent against the other, especially in situations where there is a bitter child custody dispute. In these situations, a parent may be so eager to see the other parent get into trouble that he or she exaggerates or outright lies to the police.

Child abduction is considered a "wobbler" offense, which means that a prosecutor can file the case as either a felony or a misdemeanor. In making a filing decision, prosecutors will review the circumstances of the offense, the criminal history of the defendant and factors such as whether the child was moved substantially and the length of the detention. If charged as a felony, the defendant can be sentenced to up to four years in prison.

If you or a loved one are under investigation for child abduction, it is critical that you consult with a Los Angeles Criminal Defense Attorney right away. Los Angeles Criminal Defense Attorney Michael Kraut is a former Deputy District Attorney with over 14 years of prosecutorial experience who previously prosecuted serious felonies of this nature. Mr. Kraut possesses a deep understanding of the law and knows that there are often delicate issues behind these types of charges. Mr. Kraut works tirelessly for his clients to make sure they receive the best representation possible.