Home
Crimes by Code Section
California Penal Code Section 273(g) PC: Lewdness Or Drunkenness In The Presence Of A Child

California Penal Code Section 273(g) PC: Lewdness Or Drunkenness In The Presence Of A Child 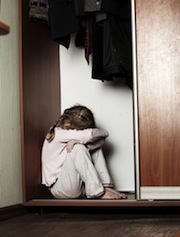 It is generally understood that certain conduct that may be appropriate around adults is not appropriate when conducted in the presence of minor children. The California legislature has taken steps to protect children from being exposed to certain behaviors and has enacted laws such as California Penal Code Section 273g PC, which makes it a criminal offense to engage in lewdness or drunkenness in the presence of a child.

In order to prove that a defendant engaged in lewdness or drunkenness in the presence of a child, the following elements must be proven beyond a reasonable doubt:

The constitutionality of this particular statute has been put into question. The California Court of Appeals in the People v. Perreault case ((1960) 182 Cal.App.2d Supp. 843)) held that the term “habitually drunk” was unconstitutionally vague. The statute has not been amended since the Perrault decision and is still in effect, however there is uncertainty as to how it may or may not apply.

Police respond to a noise complaint at a house and are granted permission to enter the residence. Inside, the officers find pornographic videos playing in the presence of minor children. In addition, the parents of the children are both extremely intoxicated and unable to care for themselves or the children. These parents could be charged criminally with lewdness or drunkenness in the presence of a child in violation of California Penal Code Section 273g PC as a result of their conduct.

In another example, a man goes to a family party where many of the guests are minor children and gets extremely intoxicated while at the party. The man yells obscenities and passes out in the backyard, but does not act in a lewd manner. This man would probably not be guilty of engaging in lewdness or drunkenness in the presence of a child as he did not engage in lewd conduct and the phrase “habitual drunkenness” has been ruled to be unconstitutionally vague by the California Court of Appeals.

4. Defenses to Lewdness or Drunkenness in the Presence of a Child

As discussed above, the term “habitually drunk” has been ruled to be unconstitutionally vague, uncertain and ambiguous in connection with this law, and those charged under this theory would most likely have their case dismissed. In addition, if the defendant was not aware of the presence of minor children, he or she would not be guilty of this offense.

Lewdness or drunkenness in the presence of a child is a misdemeanor offense that is punishable by up to 180 days in jail and costly court fines for those convicted. In addition, the Los Angeles County Department of Children and Family Services would be contacted in these cases and parents may risk losing custody of their minor children.

6. Criminal Defense for Lewdness or Drunkenness in the Presence of a Child Cases

If you have been charged with or accused of engaging in lewdness or drunkenness in the presence of a child, it is absolutely critical that you consult with a reputable Los Angeles Criminal Defense Attorney as soon as possible. Los Angeles Criminal Defense Lawyer Michael Kraut is a former Deputy District Attorney with over 14 years of prosecutorial experience who understands and appreciates the highly sensitive nature of charges like this. Mr. Kraut is highly respected by judges, prosecutors and law enforcement officers as a top-notch criminal litigator who possesses an extensive knowledge of the law. Mr. Kraut works tirelessly to ensure that his client’s rights are zealously protected and that they receive the best representation possible.