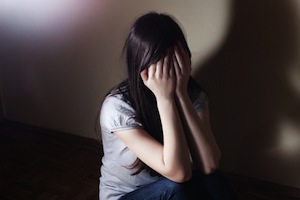 The crime of rape contains the following elements, all of which must be proven beyond a reasonable doubt:

Sexual intercourse means any penetration, no matter how slight, of the vagina or genitalia by a penis.

To consent a person must act freely and voluntarily and know the nature of the act. A person who initially consents to an act of intercourse may change his or her mind during the act. If the victim does so the act of intercourse then becomes nonconsensual if:

A woman goes to a psychiatrist for treatment for depression. The psychiatrist convinces that woman that the only thing that will cure her condition is sexual intercourse with him. The psychiatrist could be prosecuted for rape by means of fraud, as he fraudulently convinced the victim that the sexual act was for a professional purpose.

The defendant would not guilty of rape if he actually and reasonably believed that the person consented to the intercourse. Consent can often be a tricky issue that can be open to a number of reasonable interpretations.

In addition, this is an area in which a victim may bring false accusations in order to get a defendant in trouble. The crime of rape will often leave no evidence and thus must often rely solely on the testimony of the alleged victim.

Additionally a conviction for rape would trigger a lifetime sex offender registration requirement.

Rape is a very serious felony that can result in lengthy prison sentences if convicted. As a result, it is crucial that you consult with an experienced Los Angeles criminal defense attorney if you or a loved one have been accused of this crime. As a former Deputy District Attorney with over 14 years of prosecutorial experience, Los Angeles Criminal Defense Attorney Michael Kraut is highly experienced at handling serious, felony-level sex offenses. Mr. Kraut understands the sensitive nature of these types of charges and works with his clients to ensure the absolute best defense possible.