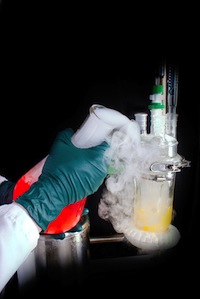 The California legislature recognizes the potential damage that destructive devices or explosives can cause is immense, even if these items are accidently discharged. As a result, California Penal Code Section 18710 PC was enacted to prohibit the unauthorized possession of destructive devices (with the exception of “fixed ammunition”).

In order to prove a defendant is guilty under California Penal Code Section 18710 PC, the following elements must be present:

The actual definition of what is a destructive device is less clear, however California Penal Code Section 16460 PC contains a non-exhaustive list of items that would be considered destructive devices, including:

Similar or related offenses include the following:

A young man wants to experiment with something he learned about in his chemistry class. He takes an empty soda bottle, fills it with dry ice and seals the cap. He places the bottle in a deserted area and watches it cause a small explosion. The young man could be prosecuted for possessing a destructive device under California Penal Code Section 18710 PC because he knowingly possessed one of the items specifically classified as a destructive device.

In another example, a man buys what he thinks is a replica grenade from an army surplus store. The clerk at the store tells the man that the grenade has been decommissioned and is no longer dangerous. The man keeps the grenade on his desk at work as a decoration. Later, it is discovered that the grenade is actually a live, fully-functioning grenade. The man would not be criminally liable for possessing a destructive device, as he did not know that what he possessed was a destructive device as defined by the statute.

As discussed above if the defendant did not knowingly possess the destructive device, or did not know that it was destructive, he or she would have a strong defense against any criminal prosecution. Additionally, if the prohibited item is an antique, like a historic cannon or rifle, possessing it would not be a crime.

Possessing a destructive device is a “wobbler” offense that can be filed as either a felony or a misdemeanor, depending on the circumstances of the case and the defendant’s criminal history. If convicted as a misdemeanor, a defendant can be sentenced to up to a year in jail. If convicted as a felony, the defendant can be sentenced to up to three years in prison.

Additionally, the defendant would have to forfeit the destructive device if convicted and if convicted of the felony offense, would be prohibited for possessing a firearm for the rest of his or her life.

If you have been charged with possessing a destructive device, it is critical that you contact a Los Angeles Criminal Defense Attorney as soon as possible. Los Angeles Criminal Defense Lawyer Michael Kraut is a former Deputy District Attorney with over 14 years of prosecutorial experience who knows how to effectively fight weapons charges such as this. Mr. Kraut can help craft the best defense strategy for his client and present it effectively to judges, prosecutors and juries.