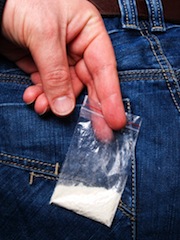 Under California Penal Code Section 118.1 PC, it is a crime for a police officer to deliberately put false information into a report on a criminal matter. For this offense, it does not matter if the report was signed under penalty of perjury, merely writing the false information in a police report is enough to violate Penal Code 118.1 PC. If an officer did sign the report under penalty of perjury, they could potentially face prosecution for Perjury under California Penal Code Section 118 PC as well.

Filing a False Report by a Police Officer requires the following elements:

Information is "material" if it would be considered significant or important in relation to the facts presented. Trivial or inconsequential facts would not be considered material.

The report must be in connection with a criminal matter. Therefore Penal Code 118.1 PC would not apply to false information that was entered in reports for civil or administrative matters, such as traffic accident reports.

Additionally, it is often the case that third-party witnesses knowingly present false information that could make it into an officer’s report. In these situations, the officer would not be criminally liable for the statements made by another person, even if the officer suspects the information is not true. Police officers can only be prosecuted for their own false statements knowingly entered into reports.

An officer arrests a man for Possession of a Controlled Substance pursuant to California Health & Safety Code 11350(a) H&S and writes a police report stating that he discovered a small amount of cocaine in the man’s pocket during a legal search. It is later discovered that a video camera recorded the arrest, and the officer is clearly seen planting the drugs on the man he arrested. This officer could be prosecuted for, among other things, Filing a False Report under California Penal Code 118.1 PC due the false information he wrote in his report.

In another example, an officer is taking statements from witnesses after a residential burglary. One of the witnesses the officer speaks with is blind, however provides a full statement of the crime he claimed to have witnessed along with a physical description of the burglar. The officer puts the blind witness’ statement into his official report, despite the fact he has doubts about it. The officer could not be prosecuted for Filing a False Report because the false statements came from a third party.

Police officers can only be prosecuted for false statements that were knowingly entered into their official reports. If they write false information as a result of negligence or mistake, a valid Accident Defense would apply to any prosecution under Penal Code 118.1 PC.

Additionally, if there was an honest Mistake of Fact regarding information that was falsely entered into an official report, that mistake would be a defense if the officer is ever charged with Filing a False Report.

Filing a False Report by a Police Officer is a “wobbler” offense. That means that it can be prosecuted as a felony or a misdemeanor, depending on the circumstances of the offense and the criminal history, if any, of the officer. If prosecuted as a felony, this offense can carry up to three years in prison and expensive court fines. In addition, the police agency employing the officer can take additional disciplinary action against the officer, including terminating their employment. They may be barred from serving in law enforcement following a conviction for Filing a False Report.

If you are an officer who is accused of deliberately filing a false report, it is important that you consult with a Los Angeles Criminal Defense Attorney immediately. Los Angeles Criminal Defense Attorney Michael Kraut is a former Deputy District Attorney with over 14years of prosecutorial experience who frequently represents law enforcement officers accused of crimes. Mr. Kraut is highly respected by prosecutors and judges alike, and in many cases is able to intervene before charges have been filed to have charges rejected or significantly reduced.