California Health and Safety Code Section 120291 HSC: Exposing Others To The HIV Virus Through Sexual Activity 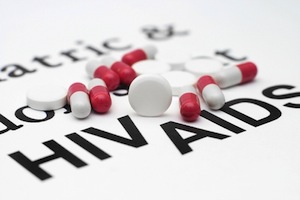 While great advances have been made in treating those infected with HIV and AIDS so that these diseases are not the death sentences they once were, these diseases are still considered dangerous and deadly. Because these are communicable diseases, it can be very easy to pass along HIV to another person through unprotected sexual activity. Intentionally exposing others to the HIV virus through sexual activity is a serious felony that can lead to significant penalties for those convicted.

Evidence that the defendant had knowledge of his or her HIV-positive status, without more, is not enough to prove specific intent.

The fact that the other person did not become infected with the HIV virus after having unprotected sex would not be a defense to this crime. The act of intentionally trying to infect another with HIV is enough to violate the statute.

A man learns he is HIV positive and becomes very angry about his condition. He decides he wants to infect as many people as possible out of spite. The man could be prosecuted for intentionally exposing others to the HIV virus in violation of California Health & Safety Code Section 120291 HSC even if none of his partners ever became HIV positive.

In another example, a man has unprotected sex with numerous different partners and does not undergo regular testing. The man suspects he may have a serious disease due to his poor health, however he declines any treatment or testing. He continues to have unprotected sex with others without mentioning his concerns. Eventually the man learns he is HIV positive and several of his sexual partners caught the HIV virus from him directly. This man would not be criminally liable under the statute because he was not aware of his condition at the time he passed on the HIV virus to others.

In a final example, a woman knows she is HIV positive and always warns potential partners about her condition. However, one day the woman is slipped a roofie without her knowledge at a party and unknowingly has unprotected sex with another man without telling him about her condition. The man catches the HIV virus. The woman would be able to raise the defense of involuntary intoxication if charged with exposing others to the HIV virus in this scenario.

4. Defenses to Exposing Others to the HIV Virus through Sexual Activity

As described above, if the defendant had no knowledge that he or she carried the HIV virus, there would be no criminal liability under the statute. In addition, if the defendant unknowingly had unprotected sex after being drugged, he or she would have a strong involuntary intoxication defense if charged criminally.

Intentionally exposing others to the HIV virus through sexual activity is a serious felony that is punishable by up to eight years in prison.

6. Criminal Defense for Exposing Others to the HIV Virus through Sexual Activity Cases

Intentionally exposing others to the HIV virus is a serious criminal offense that can carry steep penalties if convicted. If you or a loved one have been charged with this offense, it is crucial that you consult with an experienced Los Angeles Criminal Defense Attorney right away. Los Angeles Criminal Defense Lawyer Michael Kraut is a former Deputy District Attorney with over 14 years of prosecutorial experience who is highly capable of assisting clients charged with offenses of this nature. Mr. Kraut works hard to ensure the best possible outcome for his clients.