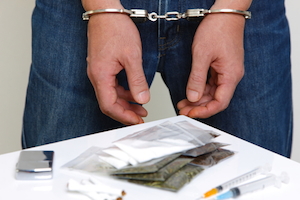 While most people understand that it is against the law to use or possess drugs and other controlled substances, many people are surprised to learn that merely being present in a place where drugs are used can sometimes be illegal. Under California Health & Safety Code Section 11365 HSC, presence during unlawful controlled substance use is a criminal offense that can result in jail time and other penalties.

In order to convict someone for being present during unlawful controlled substance use, a prosecutor must be able to prove the following elements:

A man hosts frequent parties at his house. While the man does not use any drugs himself, he knows that his guests do, so he provides smoking paraphernalia and hypodermic needles for them and is present while they use drugs. The man could be charged with presence during unlawful controlled substance use in violation of California Health & Safety Code Section 11365 HSC.

In another example, a man shares a house with several roommates. The man does not use drugs but knows that the other roommates like to engage in drug use occasionally. The man does not say anything when they do this, however he does nothing to aid or assist them in their drug use. The man would not be guilty of being present during unlawful controlled substance use because the statute requires that the defendant aid, assist or abet in the perpetration of unlawful smoking or drug use.

In a final example a man is at a house party where he is drinking alcohol. He goes with his friend to a room in which many people are shooting heroin. The man is so drunk that he is not aware of what is going on in the room. The police raid the party and catch the man in the room with the heroin users. This man would not be criminally liable under California Health & Safety Code Section 11365 HSC because he had no knowledge of the illegal drug use, which is required under the statute.

4. Defenses to Presence During Unlawful Controlled Substance Use

As described above, the defendant’s presence during unlawful drug use must be knowing, willful and intentional in order to violate the statute. A defendant who was not aware of drug use occurring at a place where he or she was present would be able to raise a valid accident defense.

In addition, the statute also requires that the defendant actually aid, abet or assist in the drug use. Thus, mere presence at a location that drug use is occurring is not enough to render one criminally liable under California Health & Safety Code Section 11365 HSC.

Presence during unlawful controlled substance use is a misdemeanor level offense. Those convicted of this crime can be sentenced to up to six months in jail in addition to any conditions of probation that a judge may elect to impose. This may include community service or community labor and drug and alcohol education classes.

6. Criminal Defense for Presence During Unlawful Controlled Substance Use

If you have been cited for presence during unlawful controlled substance use, it is very important that you discuss your case with a qualified Los Angeles Criminal Defense Attorney as soon as possible. As a former Deputy District Attorney with over 14 years of prosecutorial experience, Los Angeles Criminal Defense Attorney Michael Kraut understands how best to defend clients charged with offenses like this. Mr. Kraut is a respected criminal litigator who possesses an expensive knowledge of criminal law and procedure. Mr. Kraut works hard to ensure his clients receive the best representation possible.

For more information about presence during unlawful controlled substance use, and to schedule your free consultation, contact Los Angeles Criminal Defense Attorney Michael Kraut at the Kraut Law Group located at 6255 Sunset Boulevard, Suite 1520, Los Angeles, CA 90028. Mr. Kraut can be reached 24/7 at 888-334-6344 or 323-464-6453.