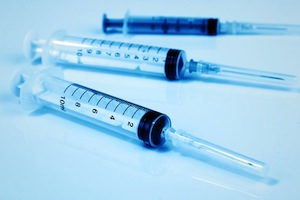 When people think of drug crimes, they usually think about offenses involving the possession, use or sale of controlled substances. However, it also against the law to possess items used to ingest or smoke illicit substances. Under California Health & Safety Code Section 11364 HSC, possession of drug paraphernalia is an illegal act that carries criminal penalties.

To prove a defendant is guilty of possessing drug paraphernalia, a prosecutor must be able to establish the following elements:

There may be circumstances where a defendant’s possession of needles or syringes would be permissible. A defendant is legally authorized to possess these items if:

Possession of a device used to smoke marijuana, without more, is not a crime.

The police execute a valid search warrant on a man’s home. While their search does not produce any narcotics, the officers discover pipes used to smoke methamphetamine. The man could be charged with possession of drug paraphernalia in violation of California Health & Safety Code Section 11364 HSC.

While driving home one night, the police stop a man on suspicion of DUI. He is ultimately arrested and during a search incident to arrest, the officer finds several hypodermic needles in the man’s jacket pocket. The man has diabetes and is authorized to possess these needles. The man would not be criminally liable for possession of drug paraphernalia as long as he had less than ten needles in his possession.

In another example a man is caught by the police with a marijuana pipe. The man would not be guilty of possession of drug paraphernalia as marijuana paraphernalia is specifically excluded from prosecution.

4. Defenses to Possession of Drug Paraphernalia

If the item discovered does not qualify as paraphernalia, the defendant would not be guilty of this offense. This may occur where police discover a pipe that is used for tobacco or marijuana and not another controlled substance.

In addition, there may be circumstances where the paraphernalia in question was discovered as the result of an illegal search and/or seizure. In these cases, the defendant can challenge the search or seizure for lack of probable cause. If successful, the evidence would be suppressed and the case would most likely be dismissed.

Possession of drug paraphernalia is a misdemeanor offense that is punishable by up to six months in jail, a $1,000 fine and any other conditions of probation that a judge may impose. In addition, if any usable amount of narcotics is discovered in the paraphernalia, the defendant could be charged with felony possession of a controlled substance in violation of California Health & safety Code Section 11350 HSC.

If you have been charged with possession of drug paraphernalia, it is critical that you speak with an experienced Los Angeles Criminal Defense Lawyer right away. Los Angeles Criminal Defense Attorney Michael Kraut is a former Deputy District Attorney with over 14 years of prosecutorial experience. Mr. Kraut is highly respected throughout the court system as a formidable advocate who fights hard on behalf of his clients. Mr. Kraut knows how to effectively fight drug cases like this and how best to mount a successful defense.