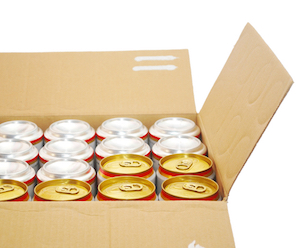 In California, people who are under the age of 21 are generally forbidden from possessing alcohol. Those who are caught with alcohol can be charged with minor in possession in violation of California Business and Professions Code § 25662(a) BPC, which is a misdemeanor.

To prove that a defendant is guilty of minor in possession, the following elements must be established beyond a reasonable doubt:

This offense would not apply to those under 21 who are making an alcohol delivery on behalf of a parent or legal guardian or in connection with his or her employment.

An 18-year-old man goes to a beach party with a group of friends. He takes a six-pack of beer with him that he keeps in his backpack. While at the beach, the young man gets into a fight with some other beachgoers. Police are called and an officer asks for permission to search the young man’s backpack. The young man consents to the search and the officer discovers the six-pack of beer. This man could be charged with minor in possession under California Business and Professions Code Section 25662(a) BPC.

In another example, a young woman who is under 21 works for a catering company. One day after working at a party, her boss asks her to collect the leftover bottles of alcohol from the party and load them back into the catering van. As the woman is walking with the bottles to the van, she is stopped by a police officer. This woman would not be criminally liable under Business and Professions Code Section 25662(a) BPC because there is an exemption for those who possess alcohol in connection with their employment, which would be the case here.

4. Defenses to Minor in Possession

As discussed, this offense would not apply to those under 21 who are delivering alcohol at the behest of a parent or legal guardian or are doing so as part of their course of employment. In addition, this offense only applies to possession of alcohol in public. Thus, if the underage person is discovered with alcohol in a private home or other similar setting, he or she would not be guilty of this offense.

5. How Minor in Possession Cases Are Defended

Minor in possession citations are often handed out by officers who discover minors with alcohol at public areas such as beaches, parks and universities. The defendant receiving the citation would be expected to appear in court to answer to the criminal charges against him or her. Because of the potential driver’s license issues that may be triggered by conviction, one should obtain representation in order to ensure a complete defense is argued.

A skilled attorney may challenge the detention or search of the defendant in a suppression hearing. If the case is unable to resolve, the matter would go to trial where the prosecutor would have to prove the defendant’s guilt beyond a reasonable doubt. If the prosecutor fails to meet this burden, the charge may be dismissed.

Minor in possession is a misdemeanor offense and those convicted can be assessed a fine of $250 in addition to having to serve between 24 and 32 hours of community service at a drug or alcohol treatment center or a county coroner’s office. A second or subsequent violation increases the fine amount to $500 and the community service obligation to a maximum of 48 hours. If the defendant is convicted of this offense, the DMV would suspend his or her driver’s license for a year under California Vehicle Code Section 13202.5 VC.

If you or a loved one have been cited for this offense, it is critical that you speak with a Los Angeles Criminal Defense Attorney immediately. As a former Deputy District Attorney with over 14 years of prosecutorial experience, Los Angeles Criminal Defense Lawyer Michael Kraut has had a great deal of success in defending minor in possession cases.