Home
Crimes by Code Section
California Business & Professions Code Section 25658(A) BPC: Selling or Furnishing an Alcoholic Beverage to a Person Under 21

California Business & Professions Code Section 25658(A) BPC: Selling or Furnishing an Alcoholic Beverage to a Person Under 21 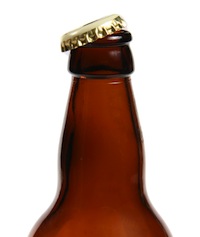 The legal drinking age in California is 21 and this limit is strictly enforced. Under California Business and Professions Code Section 25658(a) BPC, it is a crime to sell or furnish alcohol to a person under the age of 21. Business and individuals caught violating this law face significant penalties if convicted.

In order to convict a defendant of selling or furnishing alcohol to someone under 21, the following elements must be proven:

A man is walking into his neighborhood liquor store when he is approached by a young woman. She tells the man that she is only 20 years old and asks if he will purchase alcohol on her behalf. The woman gives the man money and he makes the purchase for her and gives her a bottle of vodka, as requested. This man could be charged with furnishing an alcoholic beverage to a person under 21. The California Department of Alcoholic Beverage Control and local law enforcement agencies often team up to conduct sting operations using underage decoys to solicit others to purchase alcohol for them.

In another example, a man has a son who is 18 years old. The man knows that his son will be throwing a party and that alcohol will likely be consumed at this party. The man helps his son with food and decorations but does not provide any alcohol and is not present when the party occurs. At the party, many people under the age of 21 consume alcohol. This man would likely not be criminally liable under California Business and Professions Code Section 25658(a) BPC, as California courts have held that assisting with food and decorations cannot conceivably be construed as acts of “furnishing” liquor and that furnishing alcohol requires an affirmative act.

4. Defenses to Selling or Furnishing an Alcoholic Beverage to a Person under 21

As described above, if the defendant did not take some affirmative action to supply alcohol to the underage drinker, he or she would not be guilty of this offense. In addition, there may be instances where the defendant relied on a fake ID that appeared authentic. In these cases, the defendant may have a strong mistake of fact defense if charged criminally.

5. How Selling or Furnishing an Alcoholic Beverage to a Person under 21 Cases Are Defended

In many cases, a person is charged with selling or furnishing an alcoholic beverage to a person under 21 after being caught in a sting operation using underage decoys. The defendant would be cited and provided an arraignment date in court.

The early involvement of a Los Angeles criminal defense attorney can be crucial as a skilled attorney may be able to intervene in order to prevent criminal charges from being filed.

If the case is filed and unable to resolve, the matter would go to trial before a judge or jury. The defendant would be able to raise affirmative defenses to show he or she is not guilty of the charged offense. Ultimately a judge or jury would reach a determination regarding the defendant’s guilt.

A defendant who furnishes or sells alcohol to a minor can be assessed fines of up to $1000 and must perform at least 24 hours of community service on a misdemeanor conviction. If the underage person causes or suffers great bodily injury as a result of the alcohol unlawfully provided, the defendant could face between six months and a year in jail. Business who are convicted of selling or providing alcohol to underage patrons can potentially have their liquor license suspended or revoked.

7. Criminal Defense for Selling or Furnishing an Alcoholic Beverage to a Person under 21 Cases