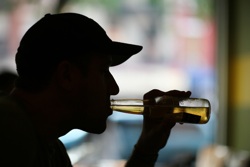 Purveyors of alcohol are expected to abide by strict constraints regarding the manner in which they sell their product. In some circumstances, a bar or club owner can be prosecuted for allowing people to loiter and solicit drinks from other patrons. Under California Business and Professions Code Section 25657(b) BPC, it is a crime to allow individuals to loiter and solicit alcohol from patrons at a business establishment where alcohol is served and consumed.

In order to convict a defendant of violating California Business and Professions Code Section 25657(b) BPC, the following elements would have to be proven beyond a reasonable doubt:

A man owns and operates a bar in a rough neighborhood. Some of his customers are homeless addicts who only have enough money for only one or two drinks. After they run through their money, some of these individuals will pester other patrons of the bar to buy them drinks. The bar’s owner is amused with this and allows the homeless customers to solicit drinks from other patrons. One day, an undercover enforcement officer from the California Department of Alcoholic Beverage Control notices this type of activity and issues the man a citation. The bar owner could be convicted under California Business and Professions Code Section 25657(b) BPC for allowing individuals to loiter and solicit drinks from patrons.

In another example, a man owns a very busy bar in a bustling downtown area. During happy hour, his bar is often packed with professionals who have just gotten off work. One day, a man comes into the bar and asks several patrons to buy a drink for him, who all refuse his solicitations. Because the bartender is busy, he does not immediately notice the man’s actions. Once the bartender does realize what is going on, he asks the man to leave the premises. The bar owner would probably not be criminally liable under California Business and Professions Code Section 25657(b) BPC because he did knowingly allow the individual to solicit drinks from patrons and once this type of activity was recognized, the offending party was kicked out.

4. Defenses to Allowing Loitering to Solicit Alcohol from Patrons

As described above, there may be isolated incidents where an individual enters a bar or club and begins soliciting other patrons for drinks without the owner’s or manager’s knowledge or approval. As long as the business does not actively allow this type of activity, these isolated incidents would probably not expose the bar owner to criminal liability.

In addition, this law only applies to businesses where alcohol is sold to patrons to be consumed on the premises. This means that operators of liquor stores or other similar establishments would not face criminal liability under this statute.

5. How an Allowing Loitering to Solicit Alcohol from Patrons Case is Defended

A bar or establishment that allows people to loiter and solicit drinks from patrons may be subject to complaints and garner extra attention from law enforcement or licensing authorities. After conducting an investigation, an owner can be cited for violations of this code section and his or her license to sell alcohol can be suspended or revoked.

The owner would have to answer to the charges in court. After arraignment, the owner is entitled to a jury trial at which the prosecution would have to prove the defendant’s guilt beyond a reasonable doubt. A skilled defense attorney could demonstrate how the owner was not culpable by showing the policies and procedures that were in place to prevent solicitation at the bar and how the violation was an unavoidable occurrence.

Allowing individuals to loiter and solicit alcohol from patrons at a bar or club is a misdemeanor that is punishable by up to six months in jail and hefty fines. In addition, a bar owner cited for this offense can have his or her license to sell alcohol revoked if the allegation is sustained.

If you or the business you own has been charged or cited for allowing loitering to solicit alcohol from patrons, it is very important that you discuss your circumstances with an experienced Los Angeles Criminal Defense Lawyer immediately. As a former Deputy District Attorney with over 14 years of prosecutorial experience, Los Angeles Criminal Defense Attorney Michael Kraut understands how best to fight these types of criminal charges.

For more information about allowing loitering to solicit alcohol from patrons, and to schedule your free consultation, contact Los Angeles Criminal Defense Lawyer Michael Kraut at the Kraut Law Group located at 6255 Sunset Boulevard, Suite 1520, Los Angeles, CA 90028. Mr. Kraut can be reached 24/7 at 888-334-6344 or 323-464-6453.