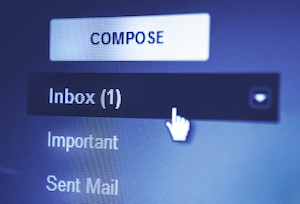 With the advent of email as one of the most popular forms of communication, there has been a similar rise in the number of individuals using email as a marketing tool. To control the amount of junk and fraudulent email that a consumer receives, the California legislature has recently passed legislation that assesses both civil and criminal penalties to those who send certain unsolicited email communications. Sending unsolicited emails is potentially a criminal offense under California Business and Professions Code Section 17529.5 BPC and can carry significant penalties for those convicted.

A prosecutor would have to prove the following elements beyond a reasonable doubt in order to convict someone of sending unsolicited emails:

A man buys a bulk list of email addresses and uses this list to forward thousands of unsolicited emails each day with extremely deceptive heading titles. The email headings purport to be personal messages but are really just commercial advertisements. This man could be prosecuted for sending unsolicited emails in violation of California Business and Professions Code Section 17592.5 BPC.

In another example, a man is looking for a job so he sends unsolicited emails that include his resume to the head of human resources for a number of Fortune 500 companies. This man would not be criminally liable under California Business and Professions Code Section 17529.5 BPC because his emails would not be considered commercial email advertisements.

As described above, not all acts of sending unsolicited emails are prohibited under the law. If the defendant’s activities do not fall under what is criminalized by California Business and Professions Code Section 17529.5 BPC, he or she would not be guilty of this offense.

5. How Sending Unsolicited Emails is Defended

A person may learn that he or his company is being investigated for sending unsolicited emails after a formal complaint has been lodged with the California Attorney General’s office or with local law enforcement. At this point, it is highly advisable to retain legal counsel, as the early involvement of an attorney experienced in this area of the law can result in criminal charges being declined or significantly reduced.

If the defendant is charged with a criminal offense, he or she would be provided an arraignment date and would have to enter a plea before the assigned judge. If the defendant enters a plea of not guilty, the court would hold a jury trial in which the charges would have to be proven beyond a reasonable doubt in order for the defendant to be found guilty. If convicted, the judge could sentence the defendant as follows.

Sending unsolicited emails in violation of California Business and Professions Code Section 17529.5 is a misdemeanor offense. Those convicted can be sentenced to serve up to six months in jail in addition to expensive court fines. There are also substantial civil penalties that can be assessed.

If you have been charged criminally with sending unsolicited emails, it is very important that you consult with a Los Angeles Criminal Defense Attorney right away. Los Angeles Criminal Defense Lawyer Michael Kraut is a former Deputy District Attorney with over 14 years of prosecutorial experience who understands how best to fight these types of charges. Mr. Kraut is a dedicated advocated who works hard to ensure his clients’ rights are fiercely defended.