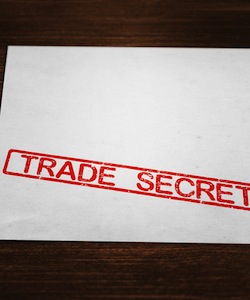 Many businesses and corporations rely on the ability to maintain trade secrets in order to keep their competitive edge in the market. Exposure of these secrets could ultimately destroy many successful companies, especially those in high-tech markets. As a result, theft of trade secrets is a serious felony offense under California Penal Code Section 499c PC that can result in lengthy prison sentences for those convicted.

In order to prove that a defendant is guilty of stealing trade secrets, a prosecutor must be able to establish the following:


A “trade secret” is defined as information, including a formula, pattern, compilation, program, device, method, technique, or process that:

In another example, a man works as a high level executive at a large corporation. Through his work, the man studies the organizational structure of the company, which he feels is a large part of the corporation’s high level of success. The man decides to leave his job and start his own competing company. The man implements much of the organizational structures from his former employer in his new company. While the man may have violated a non-compete agreement with his former employer, he would not be criminally liable for theft of trade secrets, as information such as a company’s general organizational structure is not something that would be considered a trade secret under the statute.

4. Defenses to Theft of Trade Secrets

As described above, if the information at issue is not something that would be considered a trade secret as defined by the statute, a defendant would not be guilty of this offense. In addition, there may be circumstances where a company whistleblower would acquire information that would be considered trade secrets, such as where a whistleblower gathers evidence that his company’s products are unsafe for public consumption. In these instances, the whistleblower would likely be immune from criminal prosecution for stealing trade secrets.

Theft of trade secrets is a felony level offense that is punishable by up to three years in prison. In addition, someone convicted of this offense may have to pay restitution for any damage caused as a result of the theft.