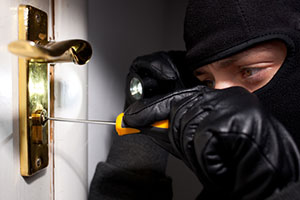 Under California Penal Code Section 466 PC, it is a crime to possess certain tools associated with the crime of burglary if those items are possessed with criminal intent.

To prove a charge of possessing burglary tools, a prosecutor must be able to establish the following elements:

Under the statute “any other instrument” can be any item that can be used to facilitate a burglary, and may include things such as knives, glass-cutting devices and even rocks (if used to smash windows).

After a rash of car break-ins in the downtown area, police detectives increase surveillance. All of the break-ins feature someone smashing car windows and stealing items that are left inside the vehicle. Police officers see a man walking up to a vehicle with a large rock. The man lifts the rock and is about to smash it against the window when he is stopped by the officers. In addition to attempted burglary, the man could be charged with possession of burglary tools, even though a rock is not something usually associated with being a classic tool used to assist burglars. As long as the defendant intended to use to the tool to commit a burglary offense, he could be prosecuted under the burglary tools statute.

After a rise in burglaries in a neighborhood, the police see a suspicious looking man driving a truck and ask for permission to search his vehicle. The man consents and the police find a toolbox with a screwdriver, pliers and other items listed in the burglary tools statute. The man would not be criminally liable for possession of burglary tools if he lacked criminal intent and there is nothing else to connect him to the burglaries. Simply possessing the tools listed in the statute is permissible under the law.

4. Defenses to Possession of Burglary Tools

As discussed above, if a person possesses the tools listed in the burglary tools statute but did not have the requisite intent to commit a burglary offense, that person would not be criminally liable for this offense. In addition, if the tools were discovered as the result of an illegal search or seizure, the defendant may be able to argue that the search lacked probable cause and that the evidence discovered should be thrown out.

Possession of burglary tools is a misdemeanor level offense. Those convicted can be sentenced to up to six months in jail, costly court fines and any other conditions of probation that a judge may impose, including community service/labor, restitution for any property damaged, and counselling. Any conviction would go on a person’s criminal record and would be visible to future employers, landlords, or anyone else conducting a criminal background check.

If you or someone you know have been accused of possessing burglary tools, it is very important to speak with an experienced Los Angeles Criminal Defense Attorney right away. Los Angeles Criminal Defense Attorney Michael Kraut is a former Deputy District Attorney with over 14 years of prosecutorial experience who has the knowledge and experience necessary to defend charges of this nature. In many cases, Mr. Kraut is able to intervene before charges have been filed or submitted to the district attorney in order to help his clients avoid criminal charges altogether. Mr. Kraut fights hard to ensure that his clients receive the absolute best outcome possible.