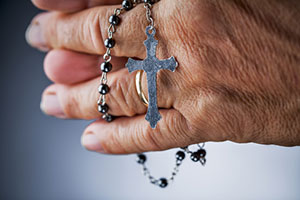 Freedom of speech is a widely respected right that is protected by the First Amendment to the United States Constitution. However, there are situations in which limits on a person’s First Amendment rights are appropriate, especially where the speech in question unlawfully disturbs another’s right to free exercise of religion. Under California Penal Code Section 302 PC, disturbing a religious meeting is a criminal offense that can result in serious penalties.

The crime of disturbing a religious meeting requires a prosecutor to prove the following elements:

The disturbance can occur either within the actual location of the religious meeting or so near that it disturbs the religious group.

A social activist group on a college campus decides to mount a protest during another group’s religious ceremony to protest the other group’s poor human rights record in other countries. The protest group enters the chapel where the religious services are being held with bullhorns and launches into a series of loud protest chants. The members of the protest group could be prosecuted for disturbing a religious ceremony under California Penal Code Section 302 PC even though they were staging a political protest that would be considered protected speech in other circumstances.

In another example, a storefront church opens up in a rough neighborhood next door to a bar. On some nights, the music and loud voices from the bar disrupts the church’s evening services. The pastor has spoken to bar’s owner, however the owner has refused to do anything to prevent further disruptions. The bar owner could not be prosecuted for disturbing a religious meeting, as neither he nor his patrons intentionally tried to disturb the church services.

3. Related Offenses Other similar or related offenses include:4. Defenses to Disturbing a Religious Meeting

As described above, it is only a crime to intentionally disrupt a religious meeting. Thus, if the disruption occurred unintentionally, the defendant would have a valid accident defense that can be asserted if he or she is charged with this offense.

Disturbing a religious meeting is a misdemeanor offense that can be punishable by extensive fines and up to a year in county jail. The legislature has encouraged courts to require those convicted of this offense to complete up to 80 hours of community service as an alternative to jail. For someone who has a prior conviction under California Penal Code Section 302 PC or for disturbing a public meeting or assembly under California Penal Code Section 403 PC, the defendant is required to perform between 120 and 180 hours of community service. Although it is not required, the statute indicates that, where appropriate, the community service should be served at the place where the disturbance occurred.

If you or someone who know have been charged with disturbing a religious meeting, it is very important that you speak with a Los Angeles Criminal Defense Attorney right away. Los Angeles Criminal Defense Attorney Michael Kraut is a former Deputy District Attorney with over 14 years of prosecutorial experience who is highly respected throughout the criminal justice system. Mr. Kraut has established key relationships within law enforcement and prosecutorial agencies and can often work with professionals in these various organizations pre-filing to help reduce criminal charges or even avoid them altogether. Mr. Kraut works tirelessly to ensure his clients receive the best defense possible.