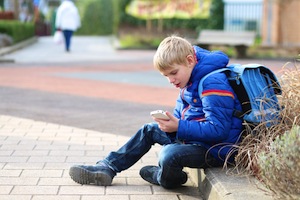 While parents are granted wide latitude in how to raise their children, there are certain basic necessities that must be provided. Education is considered one of these necessities, and failure to ensure a child’s school attendance can be illegal in some cases. Under California Penal Code Section 270.1(a) PC, it is against the law for a parent to inadequately supervise a pupil’s school attendance.

To prove that the defendant is guilty of failing to supervise a pupil’s school attendance, a prosecutor must be able to establish the following elements:

A man has a child who has been deemed a chronic truant under Section 48263.6 of the Education Code. The child is supposed to be attending 8th grade, however the man knows that most mornings the child does not leave for school. Instead he hangs around with friends and does not attend classes. The man does not tell his child that he should be attending school and instead allows him to come and go as he pleases. The man could be charged criminally with failure to supervise a pupil’s school attendance in violation of California Penal Code Section 270.1(a) PC.

In another example, a man and woman homeschool their child and have her on a state-approved curriculum. A neighbor notices the girl hanging around the house on most school days and reports this to the authorities. As long as the child is adhering to the homeschooling, the parents would not be criminally liable for failing to supervise their daughter’s school attendance as parents are not required to send children to a traditional full-time school.

In a third example, a woman has a child who has been declared a truant under the law. The woman constantly tells her child that he has to attend school and punishes him if she finds out he ditches. She also takes her son to school every day and watches him walk inside the building. However, on most days her son ditches school as soon he arrives without his mother’s knowledge. The mother would not be criminally liable for failing to supervise her son’s school attendance, as she took reasonable steps to ensure her child’s school attendance.

4. Defenses to Failure to Supervise Pupil’s School AttendanceAs discussed above, if a parent takes reasonable efforts to ensure a child’s

school attendance but the child still remains a chronic truant, the parent would not be criminally liable of this offense.

Failure to supervise a pupil’s school attendance is a misdemeanor offense that is punishable by up to a year in jail if convicted. However, those charged with this offense may be eligible for a deferred entry of judgment program that would allow them to avoid a criminal conviction as long as certain conditions are met, such as completing mandatory parenting classes.

If you or someone you know are under investigation or have been charged with failure to supervise a pupil’s school attendance, it is very important to meet with an experienced Los Angeles Criminal Defense Lawyer right away. Los Angeles Criminal Defense Attorney Michael Kraut is a former Deputy District Attorney with over 14 years of prosecutorial experience who knows how to effectively defend those charged with offenses of this nature. Mr. Kraut works hard to make sure his clients get the absolute best defense possible.