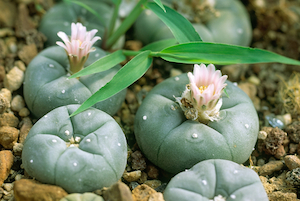 Peyote is a plant with hallucinogenic qualities that is used recreationally in addition to playing an important part in certain Native American religious ceremonies. Despite the fact that there may be some legitimate uses for peyote, cultivating peyote is a serious criminal offense under California Health & Safety Code Section 11363 HSC. Those convicted may face stiff penalties imposed under the law.

To prove that the defendant is guilty of cultivating peyote, the following elements must be proven beyond a reasonable doubt:

A man obtains peyote seeds from an authorized Native American tribe at a Federal reservation. The man plants the seeds in order to cultivate peyote in California. This man could be prosecuted for cultivation of peyote under California Health & Safety Code Section 11363 HSC. Cultivation of peyote on reservations, even those located in California, would be allowed because these territories are governed by United States Federal law which permits certain tribes to grow and use peyote for religious ceremonies.

In another example, a man maintains a garden and comes across unfamiliar seeds while out hiking one day. The man plants the seeds and when they sprout, he harvests the plant and brings it to a horticulturalist for analysis. The horticulturalist tells the man that the plant is actually peyote. This man would not be criminally liable for cultivating peyote because did not have knowledge that the seeds he planted were, in fact, peyote.

In another example, a man is member of a Native American tribe that uses peyote in religious ceremonies. The man grows small amounts of peyote for use in these ceremonies. This man would be criminally liable under California Health & Safety Code Section 11363 HSC because unlike some other states and the Federal Code, which permits limited cultivation and use of peyote for religious purposes, there is no exemption in California allowing for the cultivation of peyote.

As described above, if the defendant did not know that the plant he or she cultivated, harvested, dried or processed was peyote, he or she would not be guilty of cultivating peyote under California Health & Safety Code Section 11363 HSC.

Cultivating peyote is what is considered a “wobbler” offense. This means that prosecutors can file criminal charges for this offense as either a felony or a misdemeanor. When deciding what level of charges to file, factors such as the amount of peyote involved, the criminal history of the defendant and the specific circumstances of the offense will be taken into account by the filing agency.

If you or someone you know are facing charges of peyote cultivation, it is absolutely critical that you go over your case with a knowledgeable and experienced Los Angeles Criminal Defense Lawyer right away. Los Angeles Criminal Defense Attorney Michael Kraut is a former Deputy District Attorney with over 14 years of prosecutorial experience who now fights hard on behalf of those charged with drug crimes such as this. Mr. Kraut has established a reputation as an unrelenting litigator who possesses an extensive knowledge of the criminal law. Mr. Kraut works tirelessly to make sure his clients receive the most comprehensive defense possible.