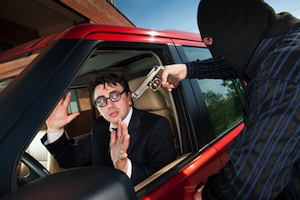 When a defendant is charged with a felony or misdemeanor offense, the People must be able to prove the defendant’s guilt beyond a reasonable doubt in order to convict him or her. The prosecution is obligated to divulge all relevant discovery material in advance, including the evidence they intend to bring against the defendant. Evidence can either be direct or circumstantial. It is important to understand the distinction between these two types of evidence as there are often many myths and misconceptions surrounding what type of evidence can be used at trial.

For example, in a battery case the prosecutor may present direct and circumstantial evidence of the crime. If the victim or an eyewitness testifies that the defendant unlawfully struck him or her, this would be considered direct evidence of battery. The prosecution may also present photographic evidence of the victim’s injuries. This evidence would be considered circumstantial evidence, because they jury would have to “connect the dots” in order to conclude that the defendant caused the injuries and thus is guilty of a battery offense.

In many cases, the prosecutor must rely on circumstantial evidence in order to prove a necessary element of the crime charged. Many offenses require that the prosecutor prove intent. For example, murder charges require a showing that the killing was committed intentionally with “malice aforethought.” In addition, burglary requires the People to prove that when a defendant gained entry into a building or residence, he or she intended to commit a crime.

If you have been accused of a felony or misdemeanor offense or are currently under investigation, it is critical that you meet with a Los Angeles Criminal Defense Lawyer as soon as possible. As a former Deputy District Attorney with over 14 years of prosecutorial experience, Los Angeles Criminal Defense Attorney Michael Kraut is highly respected as a highly effective litigator who how to effectively challenge both direct and circumstantial evidence.